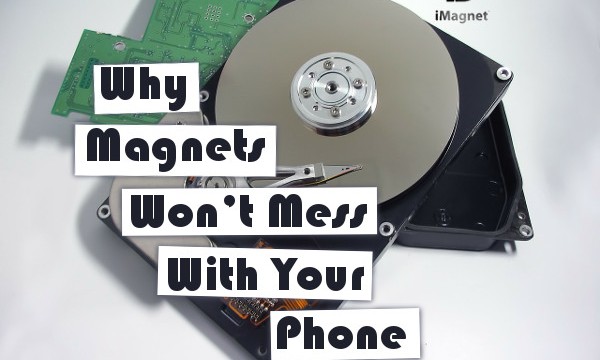 We’ve all heard that you can wipe a computer with magnets — but in this era of advancing tech and more efficient storage, electronics like your phone are safer than ever from interfering fields. Read on to learn more about why everyday consumer magnets are harmless to your cell phone.

Once upon a time, hard disk drives (HDD) worked like the vinyls and floppy disks before them; they involved a circular disk, which had to be spun by a “drive” to be read. Whereas vinyl records were sculpted, hard disks are read and written on by an arm with a magnetic tip, which precisely magnetizes ferrous particles so that they point up or down to encode data. This is why it’s important to keep powerful magnets away from computers, and why most people are concerned about magnets near their phones.

Nowadays, data storage in phones use solid-state drives (SSDs) or flash memory. There are no moving parts; in fact, the word “drive” is just a leftover from hard disks since nothing is “driven” in flash memory storage. This method doesn’t use magnetism to write data, but rather uses electrical signals to change the open/close position of floating-gate transistors. Because these transistors are electrical, magnets don’t affect them like they affect hard disks.

Since this form is more stable and also much smaller than old hard drives, it’s also the storage method in your phone’s SD card, SIM card, and USB thumb drives. Rest assured: Your SIM card and SD card are both totally safe from magnets.

What About My Phone’s Other Components?

Now that you’ve learned why your data is safe, will everyday magnets affect your phone’s other electronics? 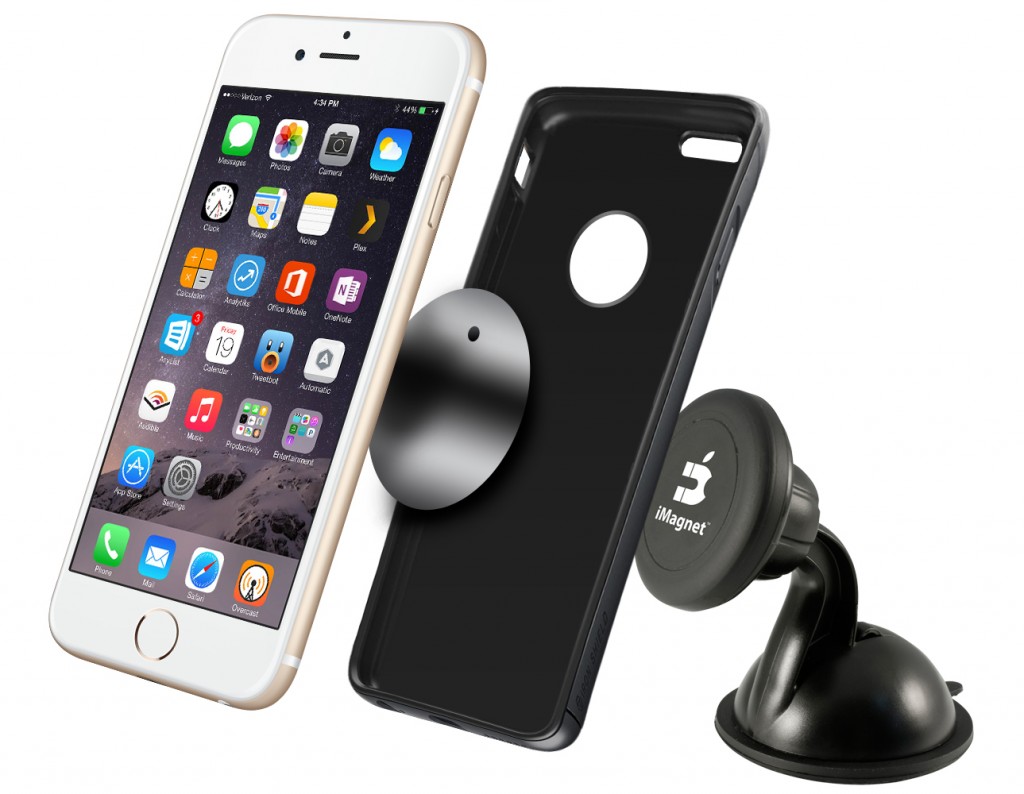 Technology manufacturers understand that your phone is important, and that you don’t want anything interfering with its function. The best phones and accessories are designed with the needs of the user in mind, including making sure the phone is never damaged. The iMagnet car phone mount uses a slim mounting plate in the phone’s back panel to prevent any extra magnetic field from interacting with your phone’s electronics. Don’t hesitate to check out the iMagnet’s Amazon reviews and see for yourself how well the iMagnet mount treats satisfied users and their phones! We hope we’ve answered your questions about safely using magnets near your phone, and feel free to contact us if you have any more. 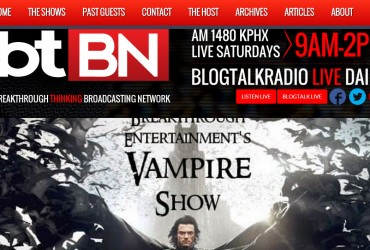 Next Article   iMagnet on Breakthrough Radio!