We’ve discussed the fact that using your phone in the car presents risks, and that it’s vital to take personal responsibility for making phone use in the car as efficient as possible.

Well, we promised we’d go more in-depth with some tips and tools for staying safe when you bring your phone along, so here are some of our best suggestions for maximizing safety while driving with a phone!

Ultimately, the best way to drive safely is still not to use your phone in the car at all. However, for those essential functions like urgent calls, GPS, music control, and more, it’s important to reduce related risks as much as possible with tools like apps, voice-to-text programs, and dashboard or windshield phone mounts. Hopefully these tips helped you on your way to making yourself and your loved ones safer at cell phone use while driving!

Share On
Previous Article iMagnet Mount listed as as a great holiday gift for him on The Examiner! 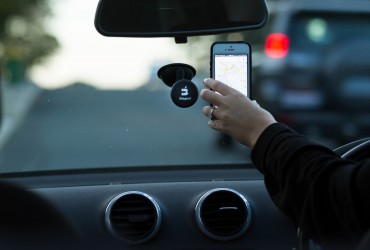 Next Article   How Do I Prevent My Suction Cup From Falling Off?